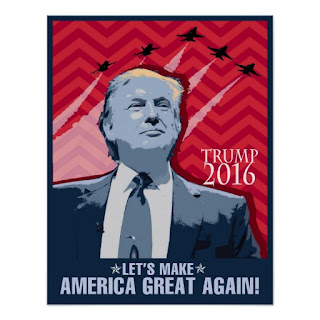 Instead of spreading information through mainstream media, our new president simply tweets them. I guess you could say he does the media’s job for them. But he still leaves them plenty to talk about. And he, in turn, utilizes them in a way that no president has done before. He uses rhetoric that leaves scholars cringing, yet it is that same rhetoric that built his following. It was an election that could have been subtitled, Politics Meet Reality Television.

So many of us are still wondering, how did this American businessman and T.V. personality become our 45th president? It was certainly entertaining, at first, but no one really thought it would actually happen. Did we? Bernie Sanders said this of how Donald Trump won the presidency: “What Trump did very effectively, is tap the angst, and the anger, and the hurt, and the pain that millions of working class people are feeling.” Trump said he was going to be a champion of the working class, and it seems he will have his chance to prove it. Everyone loves a champion, right?

So how did Donald Trump speak to the working class in this highly unusual campaign? We know that throughout history our presidential candidates have been primed to be in the public eye. They’ve worked countless hours to sound highly sophisticated and seasoned. Trump speaks a much simpler language and rarely uses complex sentences. The word choice in his speeches had everyone talking. Mainly because he never held back and addressed the audience with imperative sentences, commanding them to Make America Great Again. He generated followers by being controversial, which is exactly what trained politicians are taught not to do.

President Trump repeats himself (a lot), so if you didn’t hear him the first time, you can catch it the second or third time he says it. He also has an interesting way of speaking as though the general public agrees with him. People can justifiably say he is not a conventional politician, but we can all agree that he is an excellent salesman. He spoke, and it resonated with millions. It didn’t even seem to matter that he couldn’t answer specific questions on foreign policy. In his inauguration speech, Trump said, “The establishment protected itself, but not the citizens of our country. Their victories have not been your victories. Their triumphs have not been your triumphs. And while they celebrated in our nation's capital, there was little to celebrate for struggling families all across our land. That all changes starting right here and right now because this moment is your moment, it belongs to you.” That sounds great in theory. I guess time, or at least the next four years, will tell.